Does water have a thread? Is this thread - to catch the water? And skimming the surface, is this the narcissus the Greeks were talking about?

AnApOs, he, is a small God of water, hidden in Eastern Sicily, and AnApOs today becomes LAKED CITY.

AnApOs, laked city, gets water-dressed with Martigues-Provence 2013. AnApOs is a laked city of men and water that cry out ‘waters will rise, waters will lack’. Installed in the heart of Martigues, this architecture of the aquatic future that awaits us has been spectacle, festival, science and experiment. For ten days, from May 31 to June 9, 2013, lived an ephemeral village and a joyous utopia for local residents and the curious. The afternoons were of spectators promenading in pedal boats in this city, the day’s ends were thematic aperitifs around a water forum, with dances, music and scientific performances. 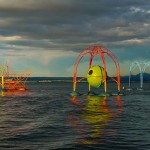 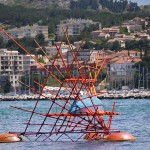 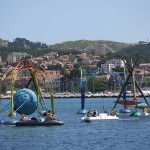 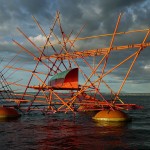