~ Opening of the Carnival of Venice ~

Opening of the carnival 2013

Between two bridges, between two docks, between two characters, between water and the night, here is « Metamorphosis Aquaticae », an iliotopie nautical parade between three arches.

The bed opens the dream and the equestrian becomes marine, fire swims on the water, the King listens to his fool, the Queen excites her valet and the wheels turn on the canal.

Fire jousts morph all of these figures into beasts! 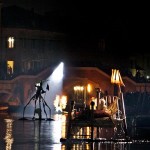 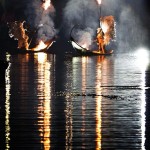 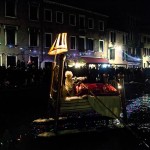 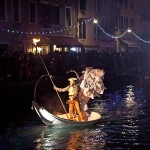 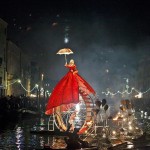 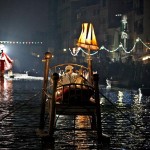 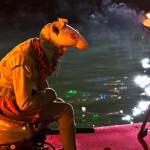